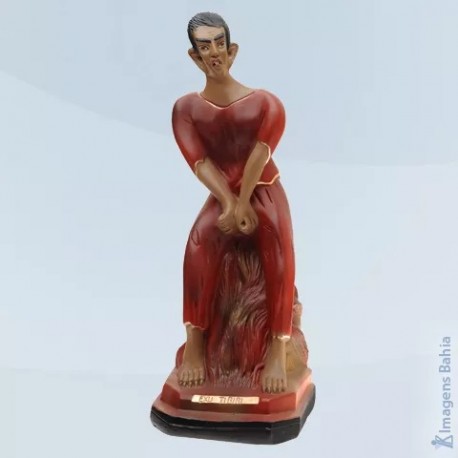 The Exus Tiriris are from a mystery originated in the Throne of the Left of the Law and work in the vibration of Ogun. That is why these beings work in the irradiation of Law and Order, acting in the vitalization of order and righteousness in the seven senses of life.

These guardians work mainly by breaking, returning and returning, that is, breaking negative energetic works; giving back what belongs to each by right; and returning what was done to those who made it.

The orisha Exu Tiriri is head of the legion of Exus combatants of evil and also works in the Seven Divine Irradiations, as well as the legion of the Seven, that is, Seven Catacombs, Seven Skulls, Seven Crossroads, among others.

Exu Tiriri also has a strong connection with Exu Mirim. For a better understanding, it is necessary to say that Senhor Tiriri is the negative pole of the orixá Ibeji, that is, the orixá that governs the Erês, the so-called children of Umbanda.

This entity is also considered the Lord of clairvoyance, he is the one who sees beyond, so he is usually evoked when playing cowries, both in Umbanda and Candomblé.

Another name you might hear when doing a search on this entity's name is Exu Tiriri Lonan, which, although it appears to be someone different, is just a variation of Tiriri's name.