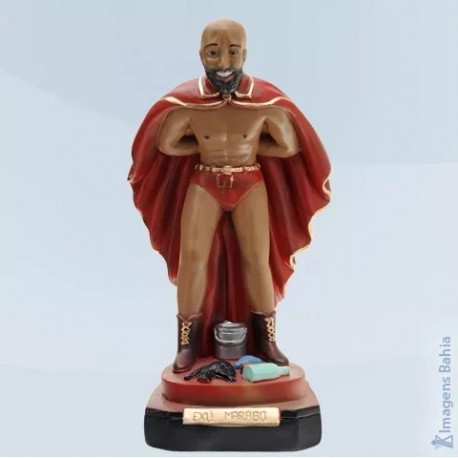 The realm was devastated by the sudden illness that had overtaken the queen. Day after day the sovereign languished in bed and there seemed nothing more that could be done to restore her to health.
The king, totally in love with the woman, had tried everything, spent immense sums paying long trips to doctors in the farthest corners and none of them had even been able to discover what the disease was that stole the girl's life.

One day, sitting down in the throne room, he was informed that there was a black man wanting to talk to him about the fateful disease that haunted the palace. Despite being totally incredulous about the news of the case, he asked to be brought before him.
He was impressed by the bearing of the man who introduced himself. Black, very tall and strong, he wore clothes not suited to a royal audience, just a kind of black towel wrapped around his hips and a necklace of animal bones around his neck.

– My name is Perostino, Your Majesty. And I know what evil befalls our queen. Take me to her and I will heal her.

Doubt enveloped the monarch in disordered thoughts. How could a man who looked all the way like a sorcerer or prayer or whatever was going to achieve what the most senior doctors couldn't?
But the desire to see his beloved cured was greater than prejudice and the black man was taken to the royal room.

For three days and three nights he remained in the room asking for herbs, stones, animals and all kinds of natural materials.
Everyone in the palace thought this was madness.

How could the king expose his wife to such rudimentary treatment?
However, on the fourth day, the queen got up and walked out on the lawns as if nothing had happened.

The couple were so happy for the miracle that happened that they made Perostino a rich man and all cases of illness in the palace from then on were referred to him who cured everyone. His fame ran through the kingdom and the black became a kind of amulet for kings.

Soon comments emerged that he would be a prime minister who would please everyone, despite his color and origin, which no one knew. Upon learning of this fact the king was indignant, he had much gratitude for the man, but to make him authority? This never! He called him to his presence and asked him to leave the palace, as he was no longer needed there.
Hatred took hold of Perostino's soul and he immediately began to devise a plan.
He said humbly that he would be leaving, but that he would like to attend one last dinner with the royal family.

Glad to have managed to get rid of the inconvenience, the king accepted the deal and arranged dinner for that same night. Without anyone noticing, Perostino put a very strong poison in the food that would be served and, during dinner, the kings fell dead on the table under the malevolent gaze of their tormentor.

Knowing that his crime would be discovered, he fled into the woods. He was very sorry when he came to his senses, but his last days were heavy and hard with the pangs of conscience that weighed him down.

A year after the events narrated here, he left his carnal body a victim of a disease that covered him with wounds. It took many years for his spirit to find the path to which he is dedicated until today. After a lot of learning, he was sent to one of the lines of work of Exu Marabô and until today, when on land, he appreciates the fine drinks and the luxury to which he was accustomed in that kingdom.